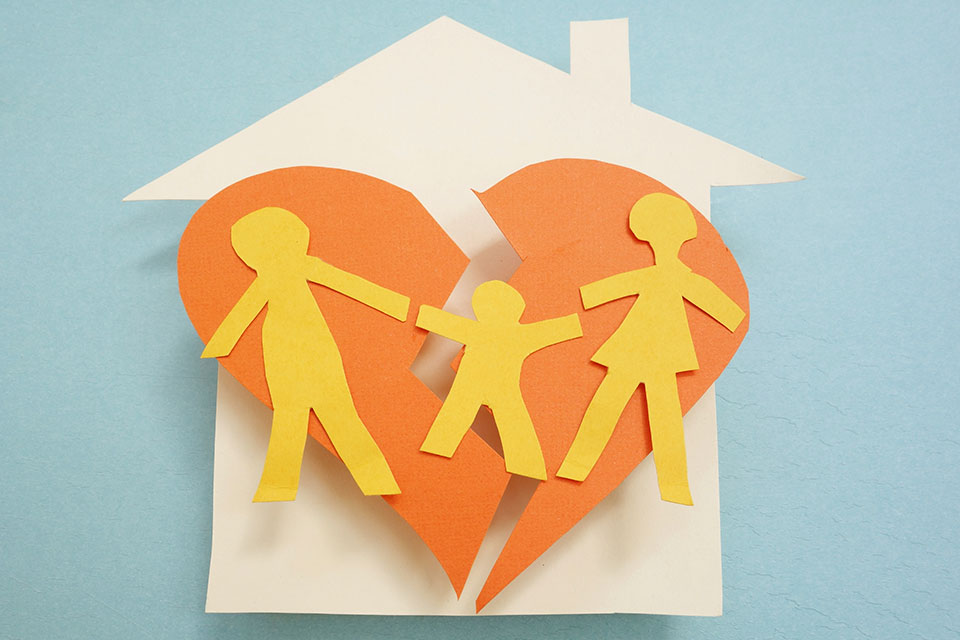 When children are involved in divorce, emotional and financial issues become much more complicated. Whether you are considering a divorce, in the earliest stages, or facing a complex dispute involving custody and/or child support during or post-divorce, it is important to take immediate action to protect your rights and the best interests of your children.

Physical custody refers to where the child will live who will be have the hands on primary parenting duties. Physical custody, like legal custody, can be awarded to one or both parents. Again, there are pros and cons to joint and sole physical custody and the courts bases its decisions on both forms of custody on the best interest of the child.

ARE MOTHERS FAVORED BY THE COURT FOR LEGAL AND PHYSICAL CUSTODY?
No. The court works on behalf of the child, and neither parent regardless of gender is automatically favored under the law.

HOW DOES THE COURT MAKE CUSTODY DECISIONS?
The primary concern of any Virginia court regarding custody is the best interest of the child. The court will take into consideration numerous factors when determining custody, including the following:

The child’s gender, current age, physical and mental status. The parent’s current age, physical and mental status.
The child’s developing physical and mental health needs.
The parent with whom the child has had primary care.
The relationship the child has with each parent and the impact of each on the child.
The relationship of the child with other family members (siblings, extended family members) and friends.
Any history of physical or verbal abuse.
Each parent’s capability to fulfill the child’s basic necessities such as food, clothing, housing, medical and dental care.
The lifestyle of each parent and the effect of lifestyle on the child.
The willingness of the parent to foster a nurturing, consistent relationship between the child and the other parent.
The inclination of each parent to cooperate with the other parent.
The child’s preference for custody if the child is of acceptable age and capable of understanding the choices required.

CAN GRANDPARENTS BE AWARDED VISITATION OR CUSTODY OF A CHILD?
Once again, the court must determine what is in the best interest of the child with regards to grandparental visitation or custody. Virginia statute protects a child’s right to have a relationship with extended family members, even over the objection of the child’s parent(s). This does not ensure that a grandparent will be given visitation or custody, but does allow for a grandparent to pursue the issue in court.

Grandparents wishing to pursue legal rights with children may fall under the Virginia custody statute as “persons of legitimate interest” who may be awarded custody. Parental rights typically supersede a grandparent’s request for visitation or custody so grandparents must have serious and compelling reasons for pursuing legal avenues when seeking access to a child.

DO STEP-PARENTS HAVE ANY LEGAL GROUNDS FOR CUSTODY AND VISITATION?
Like grandparents, Virginia law recognizes a step-parent’s right to continue a relationship with a child as a “person of legitimate interest”. Many factors are taken into account by the court when determining a step-parent’s rights, however, like grandparents, step-parents’ legal rights to children are considered secondary to the rights of natural parents. A compelling reason would need to be present before step-parents would be granted legal rights to a child.

ARE VISITATION AND CUSTODY ORDERS PERMANENT?
In short, the answer is no. Circumstances do change, and if they change in a way that impacts custody and/or visitation, a parent may ask a court to review and modify a child’s visitation and custody.

HOW WILL A RESTRAINING/PROTECTIVE ORDER AFFECT CUSTODY AND VISITATION?
Domestic violence is taken seriously under Virginia law. There are three levels of protection (emergency, preliminary and permanent) that fall under a Family Abuse Protective Order. Family abuse can be any action that is violent, forceful or threatening (including forced detention) and results in bodily injury or puts the person in fear of bodily injury. A protective order may be issued for up to two years from the date of the hearing.

Having a protective order issued may significantly affect both visitation and custody decisions by the court in determining who has legal and physical custody, and visitation rights of the non-custodial parent.

FACTORS FOR CHILD CUSTODY & VISITATION
§ 20-124.3. Best interests of the child; visitation
In determining best interests of a child for purposes of determining custody or visitation arrangements including any pendente lite orders pursuant to § 20-103, the court shall consider the following:

The age and physical and mental condition of the child, giving due consideration to the child’s changing developmental needs
The age and physical and mental condition of each parent
The relationship existing between each parent and each child, giving due consideration to the positive involvement with the child’s life, the ability to accurately assess and meet the emotional, intellectual and physical needs of the child
The needs of the child, giving due consideration to other important relationships of the child, including but not limited to siblings, peers and extended family members
The role that each parent has played and will play in the future, in the upbringing and care of the child
The propensity of each parent to actively support the child’s contact and relationship with the other parent, including whether a parent has unreasonably denied the other parent access to or visitation with the child
The relative willingness and demonstrated ability of each parent to maintain a close and continuing relationship with the child, and the ability of each parent to cooperate in and resolve disputes regarding matters affecting the child
The reasonable preference of the child, if the court deems the child to be of reasonable intelligence, understanding, age and experience to express such a preference
Any history of family abuse as that term is defined in § 16.1-228 or sexual abuse. If the court finds such a history, the court may disregard the factors in subdivision 6
Such other factors as the court deems necessary and proper to the determination

Take the time on your own to learn about legal matters in Virginia. This should never be used as a substitute for the advice of experienced counsel; this education empowers you and can help frame your discussions with your attorney.